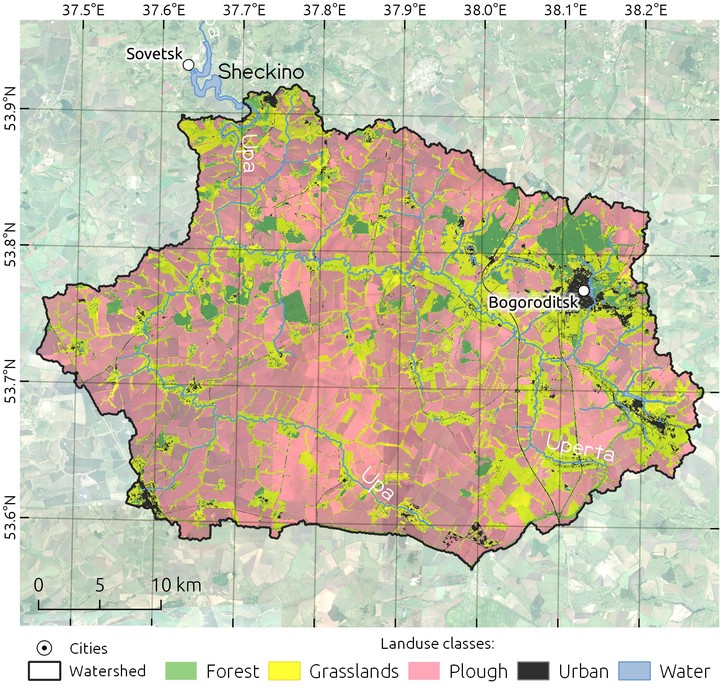 Redistribution of sediments and Chernobyl-derived 137Сs transported with them were estimated using a set of field methods and erosion model calculations for the Shchekino reservoir (Tula region) catchment, and changes in the contents of 137Сs in soils of various types that occurred over 1986–2018 were determined. The rate of snowmelt soil erosion on arable land during this period has decreased by about a half in comparison with that in 1960–1985 due to a reduction in soil freezing depth in winter. The rainfall erosion rate increased by about a third between 1986–2003 due to an increase in the rainfall erosivity index; after that, it tended to decrease synchronously with a decrease in the rainfall erosivity. The total average annual soil loss related to water erosion varies in the range of 1.3–1.6 t ha–1 depending on the soil type. The erosional loss of 137Сs from arable land averaged 1.5–2% of its total inventory, which decreased by more than a half in comparison with the initial inventory in May 1986 due to natural decay. On 0.4% of the arable land with maximum rates of erosion, the decrease in the 137Сs inventory reached 12–40% from the initial inventory. More than 90% of 137Сs washed away with sediments from arable lands were redeposited along the transportation pathway from arable fields to permanent streams. The total soil 137Сs inventory exceeded its initial inventory at the time of fallout from the atmosphere in May 1986 in the bottoms of hollows in areas from the lower edge of the arable land to the upper reaches of dry first-order valleys due to high sedimentation rates. The 137Сs inventory exceeded the lower threshold of permissible radioactive contamination of soils (37 kBq m–2) also in some other sediment sinks (bottoms of dry valleys, foot of plowed slopes, and a low floodplain of rivers) due to the accumulation of contaminated sediments. 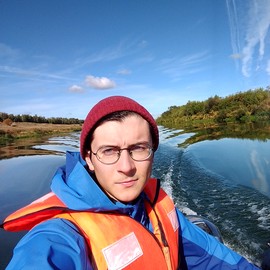